Chaucer’s editor, Thomas Speght, wrote this about the mention of Wade in Chaucer’s Merchant Tale (https://www.kittythinks.com/the-canterbury-tales-by-chaucer-the-summoner-the-cleric-the-merchant/)

“Concerning Wade and his bote called Guingelot, and also his strange exploits in the same, because the matter is long and fabulous, I pass it over”

He assumed 16th century readers simple knew this tale and the giant it showcased. Consequently, our knowledge of Wate is sparse and uncertain.
Here are a few fragments. 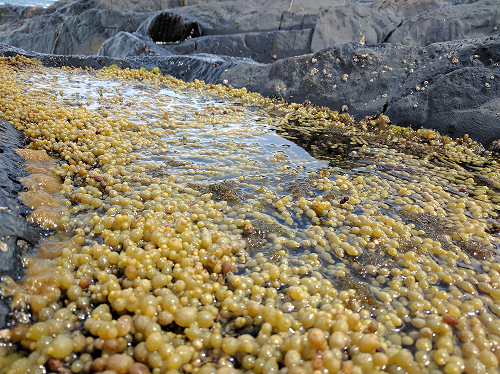 Germanic Mythologies know many giants. They represent the untamed chaos of the elements, they are above and before the gods. They are also shrouded in mystery.

Wato is very tall with a white beard and a booming voice that controls the oceans’ fall and rise. His father was King Vilkinus and his mother was a mermaid named Wachilt. Wate had a son, Wayland, who he apprentices to Wiseman Mimir and later to two dwarves.

The giant has a boat named Guingelot. He likely used it for some more explicit exploits, as we can infer from Chaucer’s Merchant Tale:

And better than old beef is tender veal… and also these old widows, God did wot, They can play so much craft on Wade’s boat, So much harm, when they like it, That with them should I never live in rest….

Perhaps, this is a reference to an origin story. We know of a passage in which Wate has made a pool of water in which all that falls in becomes different races (human, elven, adder).

Was Wate the source of some primordial soup?

Wate dies in a great landslide caused by an earthquake. His son thought the dwarves he apprenticed with responsible because they had been reluctant to release their charge. So Wayland kills the dwarves and builds himself a ship to sail to great King Nithad – to begin a better-known adventure.