“On the bone being shown to an intelligent black, he at once recognised it as belonging to the bunyip, which he declared he had seen.” - The Geelong Advertiser, 1845

The sun shone on Poltpalingada’s back. He was fishing. After a good catch, he decided to try for more. He had known the laws of the Ngarrindjeri people. You fish what you need and no more. The Elders turned him into a Mulyawonk – half fish and half man, and so he lived forever in the river.

This is the origin story of the Bunyip in the Murray River area. The creature is known from many waterways in Australia. In Victoria, it is often described as a seal-like creature, some 2m long, with a bulldog-esque head and shaggy dark fur. In Queensland, they know it as 4m in length, with an emu-like head and long neck. It is always amphibious, nocturnal, and has a loud, scary roar.

Early European settlers thought it to be a yet undiscovered animal, and there were many sightings in 1840-1860. I’ll put my support behind three hypotheses: 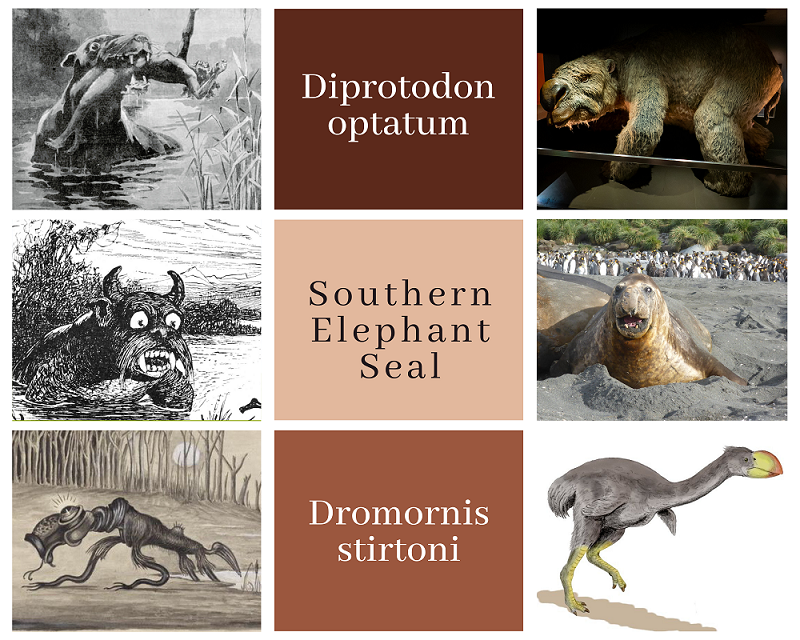