The Purpose of the Court of Law 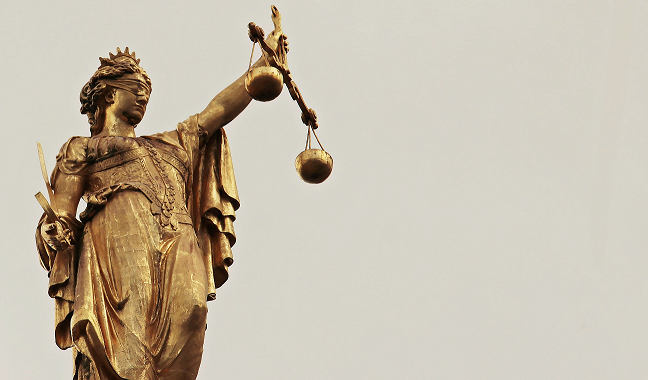 The role of courts and law is not to punish. It is not to impose moral judgement and it is not to teach lessons. The role of the judiciary is to protect society from objective, tangible harm.

Court sentences have long been used as a tool to impose current virtues, such as in the case of prosecution of prostitution, gambling or drug offences.

Offences against societal norms, such as noise complaints, desecration of memorials and other sacred places, bigamy and public indecency, are also examples of virtue-judgements, rather than sentences concerning true crimes.

These transgressions should not be ignored, but rather they should not be treated as crimes worthy of judgement in court. They are, in effect, misdeeds unbecoming the current societal climate and should be corrected by independent entities with proportional comeuppance.

I suggest that a drug dealer, prostitute or gambler may be best corrected by providing meaningful educational or vocational means to alleviate their likely financial hardships.

Those who lack appreciation for sacred places or the protection of virtues should benefit from a re-schooling on the matters, perhaps through charitable services rendered.

A further practice commonly seen is a judge making an example of someone to deter future criminals. However, theatrics must not have a place in courts.

This is not the job of a judge. Even when ignoring that deterrence by harsher punishment appears to have little effect¹, it is further evidence of “vengeance”, which I argue is an emotional response to perceived wrongdoing and not prevention of objective, tangible harm to society.

Because of this idea – that vengeance is not the job of the court – multiple life sentences, death penalties and theatrical sentences (“30 nights in doghouse”²) should not be handed out.

I have so far argued that sentences are only legitimate if they are objective and tangible. It is necessary to explain that this idea is based on the notion that certain crimes and their punishment, such as murder or rape, are not merely moral judgements of our time, but rather natural laws. The Natural Law Theory, or Ius naturale positions that some laws are natural, rather than made - this is the position I defend. Natural Law has long been criticised for its connection to religion and antiquity, and its tension with ius positum, or human-made law. It is in ongoing conflict with issues of international law, such as human rights violations.

The application of natural law is here limited to that what is already applied.

We are already agreeing that humans have intrinsic rights³. It is only logical to thus recognise that certain acts that are universally understood to be against human nature and have never been ‘made’ but are rather innate to all our instincts, must be the sole focus of the judiciary.

It is those crimes that are naturally understood by all, beyond languages and conventions, to be harmful and unjust, that the court of law is to protect society from.