A box made of ash holds shiny apples. They belong to Iðunn, Bragi’s wife. Iðunn and her apples are of great importance – until Ragnarök, the endtime, she is the only one to grant eternal youth and life to the gods. Norse gods are not immortal. They grow old and die if they are not cared for by Iðunn. It is the apples she has divinely infused, that prevent the disappearance of the pantheon.

Thus, the great gods need to put all their trust in just one person and their magic. It is very much like the trust we need to put into our doctors and their treatments.

Once, jötunn (giant) Þjazi decides to abduct Iðunn. He uses Loki to lure Iðunn away from the other gods and, turned into an eagle, flies her to the giants’ kingdom. Quickly, the gods grew old and realise Loki’s deception. When confronted, Loki swears he will bring her back if only Freyja will lend him her falcon shape. She does and Loki searches for Iðunn. When he finds her, he turns her into a nut and in his beak, carries her off. But Þjazi realises the theft quickly and gives pursuit.

When the other gods see the falcon approach, they quickly make a great fire. Loki makes it over but the large eagle form of Þjazi plunges into the flames.

If we all worked together to protect those that can help us from growing old prematurely – namely doctors, scientists, and thinkers, perhaps we too, can defeat the relentless wings of time. 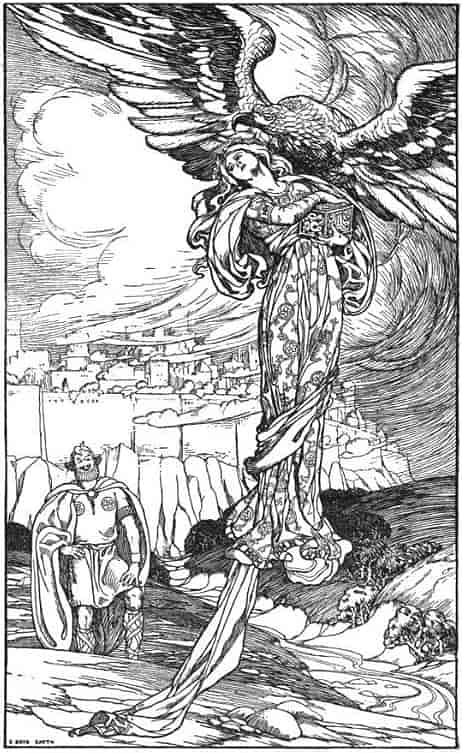 The Mead of Poetry

In Norse mythology, poets and scholars are explained through a mythical beverage.

Skaldic (skáld, from Proto-Germanic skalliz, ‘to shout’) poetry was written in dróttkvætt (‘courtly metre’) and was extremly complex. It usually consisted of 8 lines, 3 lifts and 6 syllables. The last 2 syllables in each line had to be trochees.

The following is the story of the Mead of Poetry - in a much simpler form.

Be there two groups of deities

In war they found community

With spit, with wit, they did commit

To truce and split authority.

By the drool a scholar rose

Kvasir was his name and he

He chose, verbose, then to impose

Two dwarves he met and they are

His killers for their reasons

Who once had sworn allegiance.

By his blood a nectar made

The mead now made through death prepaid

To be a giant’s then

Fair won, and then, not to be undone

It was hidden once again.

So Odin heard of poets’ mead

And tricked a giant quickly

That the Allfather will best thee.

Most of the drink the gods have looted

But some dripped from behind him

To make skalds of our kin. 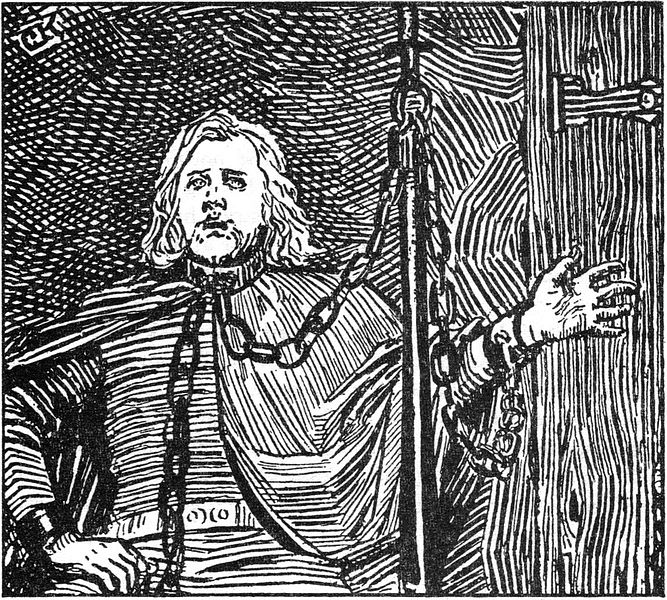