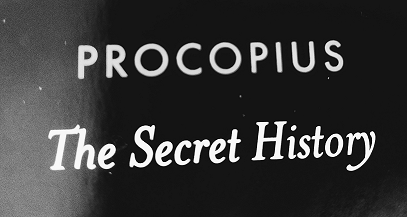 I’m writing this prequel to The Secret History summary to introduce who Procopius is and who he is writing about, to make the summary that will follow easier to understand.

Procopius of Caesarea was an Orthodox-Christian Greek from late antiquity.
He is the principal Byzantine historian of the 6th century.

To understand Procopius’s writing, one must understand his world: he accompanied Belisarius, a Byzantine general in the emperor Justinian’s army to the major wars of the same. Procopius was a trained lawyer, and his job was to advise Belisarius in legal matters. As a Christian writing in a world that included both Christian and Pagan beliefs, he would often employ explanations for then new concepts, such as monks and churches.

He saw conflicts against a variety of enemies (Ostrogoths, Vandals), internal conflicts (the mutiny of Carthage, the Nika riots), the Justinian plague and strange weather events.

When he wrote the Secret History, he assumed that the reader had knowledge of his earlier work, History of the Wars. It was an eight-book series covering the Persian Wars, the Justinian plague and Procopius early relationship with Belisarius, The Vandal Wars and The Gothic Wars (which will lead to a falling out of Procopius with Belisarius).

When he wrote the Secret History, he knew what he wrote was slanderous. He viciously attacks the major players of his time and did so under threat to his life. His work was both dangerous to him, and a reassurance should he be caught. If the next emperor would have found his work, he would have known why Procopius wrote it and possibly pardon him.

Justinian - Emperor of the Eastern Roman Empire. He reigned from 527 to 565 and Procopius likely published his Secret History in the latter part of his reign (in 550).
While history seeds Justinian as the “last Roman” due to his quest to restore the power of the Roman Empire, Procopius sets out to expose Justinian as corrupt, incompetent and as a spendthrift.

Theodora - Empress of the Eastern Roman Empire, wife of Justinian. Theodora, according to Procopius, is conniving, unfair and cruel. She is also described as very much a “lustful” woman - she was an actress afterall, which at the time meant something close to a prostitute.

Belisarius - General in the Byzantine army. He was appointed by Justinian to reclaim territories lost to the Romans - he was quite successful. Procopius portrays him as a coward, obsessed with his wife.

Antonina - Wife of Belisarius. She was, according to Procopius, able to bewitch her husband. Another actress (and thus lustful), she has an ongoing affair with Theodosius, her husband’s godson. She is also best friends with Empress Theodora.