There are a lot of books about Roman history. The topic is one of the most popular ones, even among people who have only a cursory interest in history. However, many history books suffer from ‘lecture syndrome’, in which they simply state the progression of events, or they are opinion pieces that do not age well.

This book is different. It takes aspects of Roman life and examines them from a factual, social, and philosophical perspective.

I will summarise those parts of the book that made me go “huh!”.

This is Part I 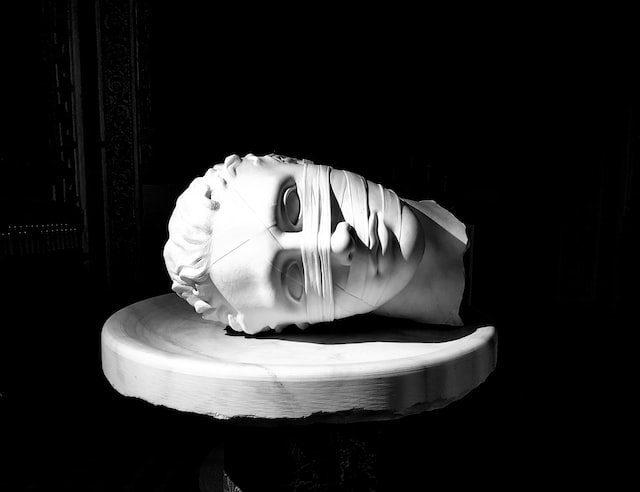 The authors made an interesting distinction between Roman and Greek syllabi. The major difference between these two educations was that sport took up half of the study time of the Greek student.

The schedule also included the study of Greek, Homer, Rhetoric, a little Philosophy, and a lot of Music. School lasted for 16 years and was immediately followed by two more years.

Interesting quote from this section:

” […] teacher of literature they studied classical authors and mythology (of which they believed not a word, but knowledge of mythology was the mark of a cultured person).”

Civic and professional matters were learned on the job, while culture was studied in school. What a reversal compared to today!

This chapter contained an interesting nod to Tacitus, who was a Roman historian and famously wrote Germania, one of the best sources for the Germanic tribal culture of the day. He comments on the differences between Roman attitudes to youthful dalliances, and Germanic customs. The fact that Tacitus felt compelled to comment on this, maybe due to changing feelings in light of the rise of stoicism.

“[The Germans] know love only late in life, so that the strength of youth in them is not drained.”

The authors explain that one peculiarity of Roman law that baffled the Greeks, was that male children regardless of age or status, remained under the authority of their fathers until their death. Only then could they become patresfamilias, and thus, full Roman citizens.

Stoicism introduced new morality (and inauthenticity) to marriages. While marriages had been a status symbol prior and were purely about power dynamics, the stoics wanted marriages to be friendships. Similar to Christianity, it forced the coupled to attempt to emulate an ideal that was not realistic (as the status of women had not changed).

This section had a lot of interesting and new (to me) information. It also underlined the ability of the authors to make truly neoteric observations.

They state that slaves were not considered things. They were not treated like livestock. The idea (especially at the begging of the Roman Empire) was that a slave was equivalent to a child. And like a child, the slave’s shortcomings were faulty features, but moral failings.

This would be further changed when the empire matured. Around A.D. 200, slaves were allowed to marry. This had been unthinkable earlier, as slaves were considered childlike, but was now felt to be a right as the nature of marriage had changed.
Having lost its power status, and having turned into a moral obligation, bestowing the right of marriage to slaves was now not a loss of power over them, but instead, a burden to put on them. Slaves were required to care for their spouses and their children - despite those children being the property of their masters.

If a person was suspected to be a slave, but could not be conclusively identified as such, the judge would decide in favour of the suspect. This was important, for a freed slave was free forever. This does not mean that the Romans recognised that what they did in holding slaves was wrong, but rather that they feared putting slavery on an equal.

“To hate judicial errors is not to challenge the sanctity of justice but to uphold it.”

A slave was not, however, able to ask for her own freedom. They could approach a freed person and beg them to ask their master for their freedom on their behalf. Only peers could ask for clemency.

It was seen as an honourable act to free a slave, but not as a duty - the institution of slavery was not questioned. That was also true for the later Christian era (many slaves were Christians).

Even slaves themselves did not realistically envision a society without slaves but were rather just concerned with not being one themselves.

“No slave, no master, was ever able to imagine a world in which the institution of slavery did not exist.”

Interestingly, despite this inability to see a slavery-free world, Roman society at large was not based on slavery. The exception being southern Italy and Sicily.

We get taught furthermore that as time went on, especially in the later 3 centuries of the High Empire, slavery become marginally less cruel. An edict under Antonius forbid a master to mindlessly kill a slave.

This did not mean murder, in general, was outlawed towards slaves, but rather a distinction was made between murder and lawful execution. Had a master decided their slave deserved death, and could justify it, they were legally in the green.

This very minor moralising effect in the law can be attributed to the rise of stoicism. Just like in the section on changing marriages, this was not an appeal to the natural goodness of humanity, but rather a new way to “save face”.

This is nicely explained when examples of cruelty towards slaves are given in the book. No matter the atrocities committed, the master was only condemned for his moral failings, not the master class as a whole, for their very existence.

Stoicism also brought about a different view on the self of the slave. Where she was formerly seen as childish and concerned only with her duty to her masters, now she was conceived of as conscientious enough to obey her master due to a moral obligation in general.

The slaves were now considered equal moral agents with all the duties that come with it, but were still considered unequal in their place in the world. Apart from marriage, this did allow them to be buried with the proper rights - but again, the masters did so due to _their _moral duties, not due to the goodness of their hearts.